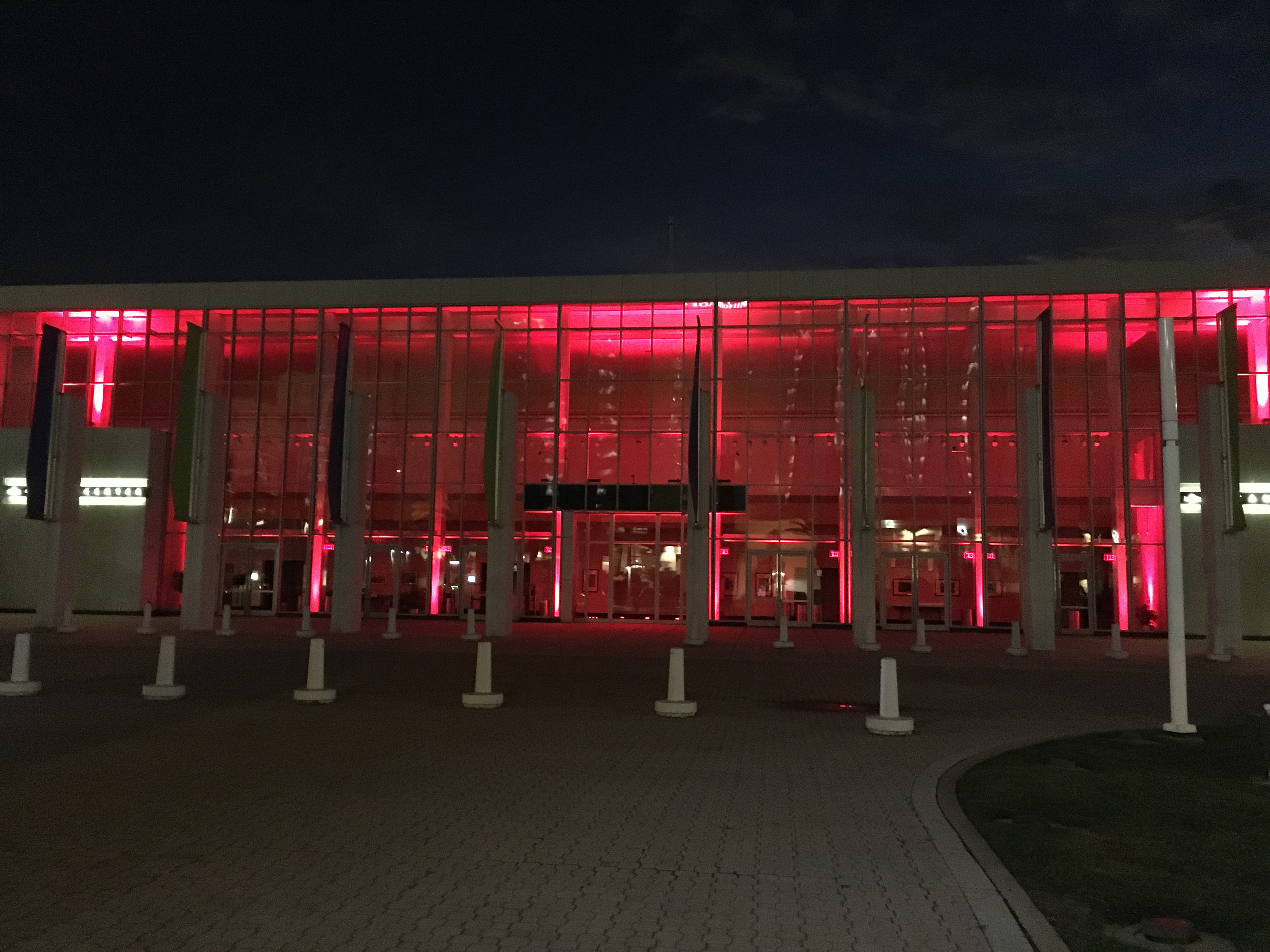 The region’s premier meeting, convention and event complex will be aglow tonight with distinctive red lighting.

But the Ocean Center isn’t having a celebration. Rather, it’s part of a nationwide campaign to draw attention to the devastating financial impact that the COVID-19 pandemic is having on the live events business and those who depend on the industry for their livelihood. The Volusia County-owned and operated Ocean Center in Daytona Beach is expected to be one of as many as 1,500 buildings that will be participating in tonight’s Red Alert For Live Events Industry.

To mark tonight’s event, the Ocean Center’s east lobby will glow red from 9 p.m.-midnight. More than 700 buildings took part in a similar event last month in the United Kingdom to raise awareness about how the pandemic has ravaged the events industry – everything from plays, dance performances and opera houses to concert tours, trade shows and festivals. The Ocean Center is faring better than many venues, showing signs of a rebound. Just in the last two weeks, the facility played host to professional boxing and a national reptile breeders expo. Still, in many parts of the country, the industry is all but shuttered due to the pandemic. And the impacts go well beyond the performers, event organizers, venues and audiences hungry for entertainment. The financial effects are being felt by designers, technicians, programmers, stagehands, rental shops, manufacturers and distributors of entertainment technology, to name a few.

According to the International Association of Venue Managers, it’s estimated that 96%, or as many as 12 million people in the live events industry are either unemployed, furloughed or have lost the vast majority of the their income. And the world’s largest concert promoters are reporting a 98% loss of revenue due to the shut-down.

“The pandemic is having a huge impact on the live events industry and the jobs that go with it,” said Ocean Center Director Tim Riddle. “The ripple effect has been absolutely devastating to millions of people in markets all over the world. For all of the affected workers who are fighting for survival, this absolutely is a red alert.”

In addition to generating public awareness, tonight’s event also is designed to send a message to Congress urging passage of pending legislation that would extend the federal paycheck protection program.

We use cookies to provide and improve our services. By using our site, you consent to cookies. Learn more Accept